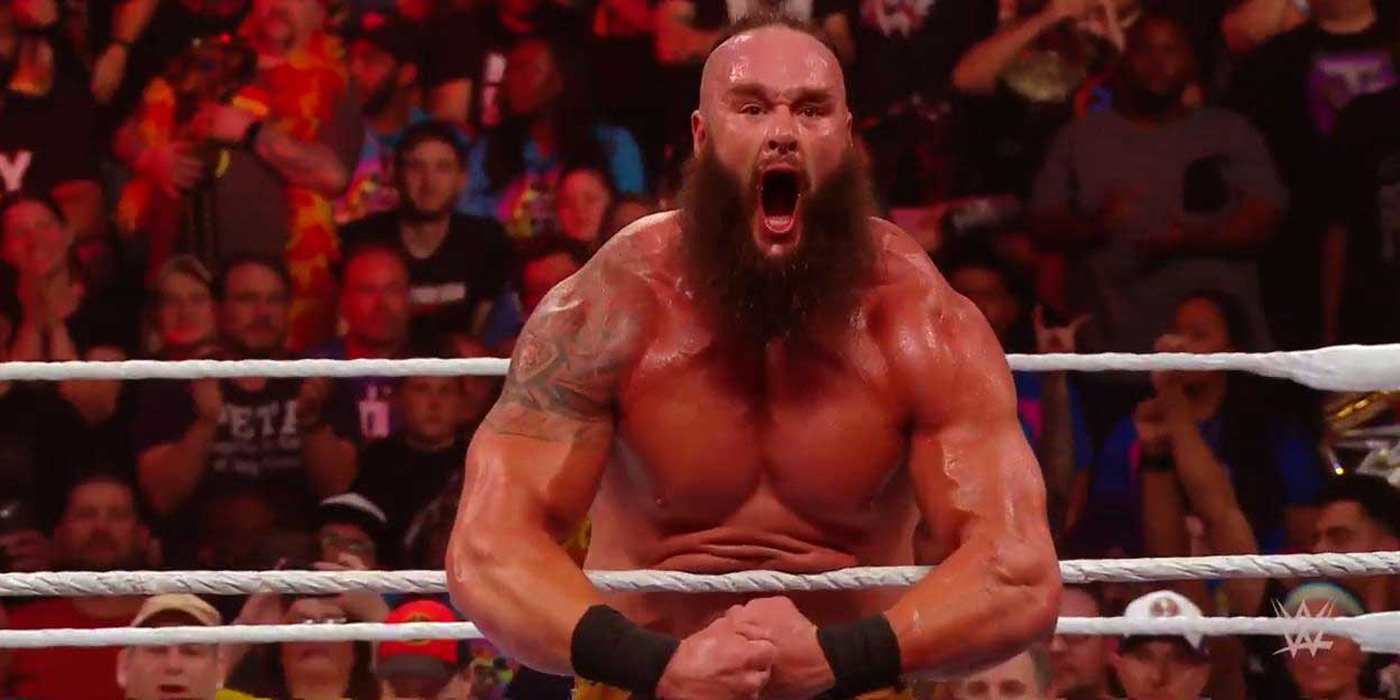 Braun Strowman is one of the most feared wrestler in WWE. Braun Strowman destroys any superstars, who comes in front of him. He shows no mercy towards any opponent.

Brock Lesnar has manhandled many wrestlers in his WWE career. He was hardly considered as a underdog in the fight but when he is against Braun Strowman, its a different world. They both put together many exceptional moments in WWE, Braun Strowman and Brock Lesnar were in fatal four way match for WWE Universal Title at SummerSlam 2017 alongside Samoa Joe and Roman Reigns. This was a huge match as four of the best performer in one ring. Braun Strowman was absolutely brutal in this match, Braun dismantled Brock Lesnar. Braun puts him through the announce table, Brock was hurt badly, he was taken to medical help during the match. Brock Lesnar somehow returned back and won the match.

Flipping over Van with Miz and Morrison inside

Braun Strowman went one-on-one with the largest athlete in the world at Raw on April-11-2017. These two superstar are probably the largest superstar then, Braun Strowman and Big Show were hitting each other. Big Show tried to hit a splash to Braun from second rope, but Braun quickly climbed the rope and converted it into superplex, by which the ring absolutely collapsed. Braun Strowman stood up and walked away like nothing happened.

Roman Reigns was fresh after a victory against Undertaker at WrestleMania 33, on the following week Raw. Roman Reigns was giving a interview about the match. Braun Strowman attacked him during the interview, Braun destroys Roman Reigns and medical faculties looked after him, and he was taken in strecture. Braun did not let him go, he went inside the ambulance and attacked him. Locked the door from outside and flipped the ambulance.

Ronda Rousey says she is jealous of Roman Reigns