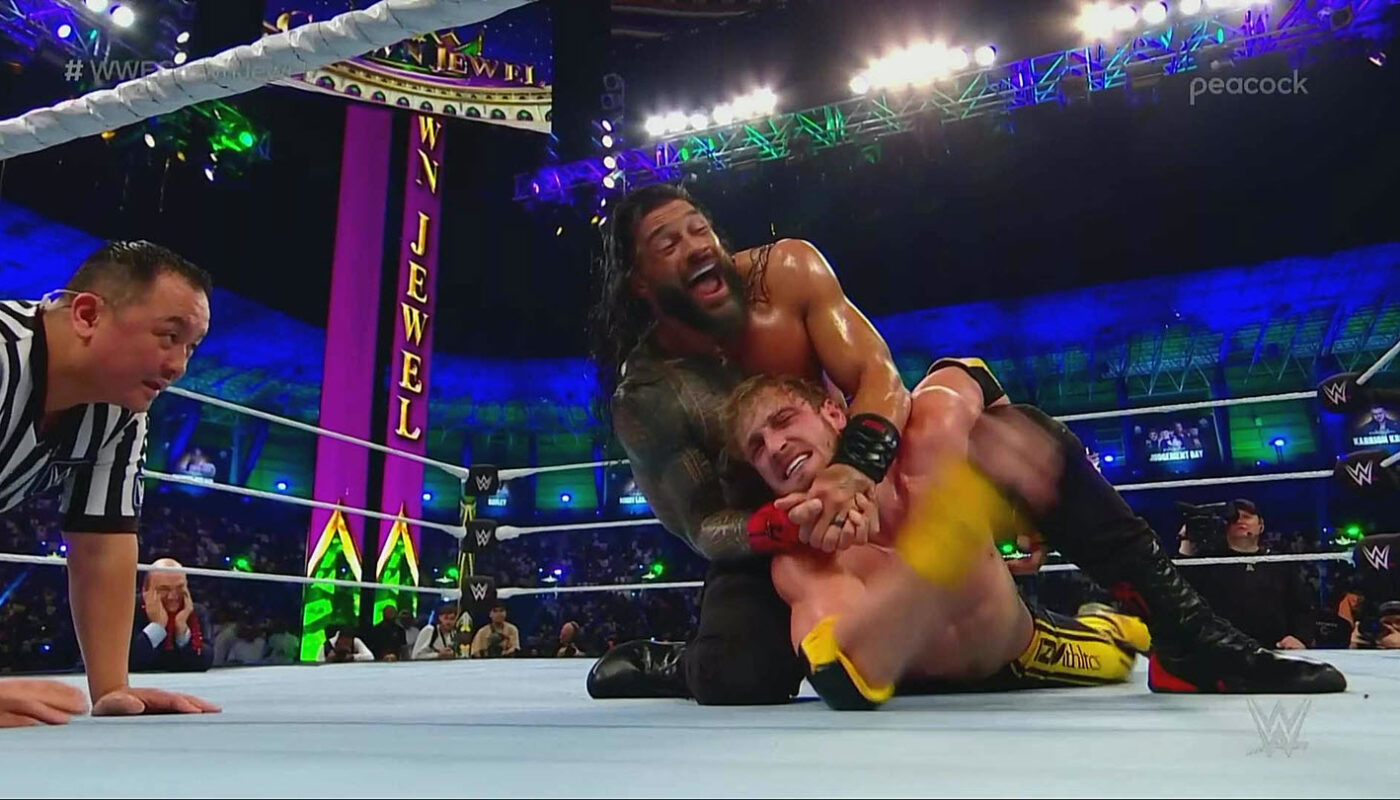 Logan was in full excitement attacked Roman Reigns and pushes him out of the ring. Logan follows Roman and hits a splash from top of the announce table. When Roman returns to the ring Logan hits a brutal clothesline. Logan Paul hits a blockbuster and hits Logan’s version of superman punch.

Jey and Jimmy Usos attacked Logan’s friend. Jake Paul comes out and knocks out Jey and Jimmy. Then Solo Sikoa comes out, referee separated Jake and Solo. Usos also recovered from Jake’s knockout, Logan hits a splash on Usos, that interference was enough to recover for Roman Reigns to hit superman punch and spear to win the match. 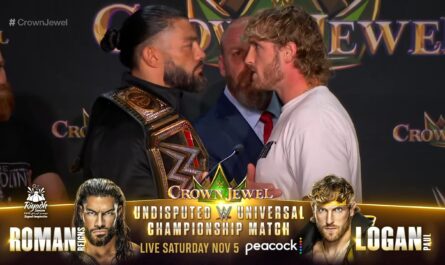 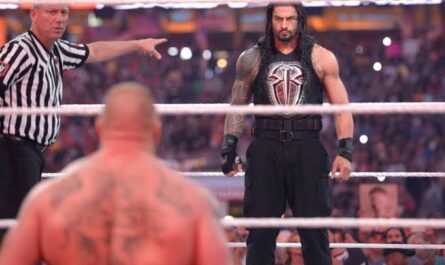