Women superstars are not the same as they used to be, from having a short tv time to main eventing in WWE’s grandest stage of them all. As they move higher, there salary also goes high. Let see 5 highest paid women superstars in WWE.

Becky Lynch was used to be normal wrestlers, ever since Becky got punched in the face by Nia Jax, after that nobody was able to stop her, she was on top of everything merchandise sales, pay-per view selling. Her brand value just risen to moon. Winning the first ever women’s main event in WrestleMania might be her happiest moments in WWE. If reports are to be true she earns approximately 3$M to 3.5$M.

Ronda Rousey, “Baddest Woman on the Planet” who used to conquer in UFC, made her way into WWE, she was just conquering everybody who comes in her way. Ronda’s career in WWE might not be phenomenal, but she is having a pretty good career in WWE. She draw audience from other promotion to WWE with her huge fanbase. She earns approximately 2.5$M to 3$M.

Charlotte Flair, the daughter of nature boy Ric Flair. There were many criticism that she made her way to WWE with help of her father, but she made her in ring performance talk. She is one best heel in current roaster. She had fought many phenomenal matches. She was one of the wrestlers in first ever women’s main event in WrestleMania. She earns approximately 1$M to 1.5$M.

She is one of the few wrestlers who just fits into any character, she can do both at its best heel or baby face. She had suffered few injury issues in her WWE career. But she is just phenomenal in ring performer. Her storyline with Fiend & Randy was just awesome. Alexa Bliss approximately 500$K to 600$K.

Sasha Banks “The Legit Boss”. won almost every title there is to be in WWE womens divison. Her storyline with Charlotte Flair was beyond the expectation. She always gives her best in the ring, she has also suffered lot of injuries in her WWE career. She is a main event talent, she can compete in any womens division. Sasha Bank approximately earns 300$K to 500$K. 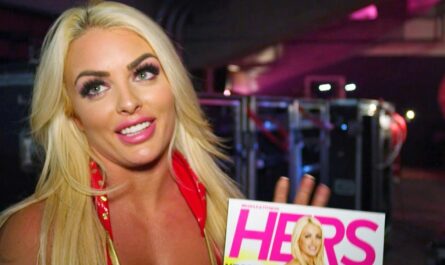 Mandy Rose claims she is the greatest champion in NXT history