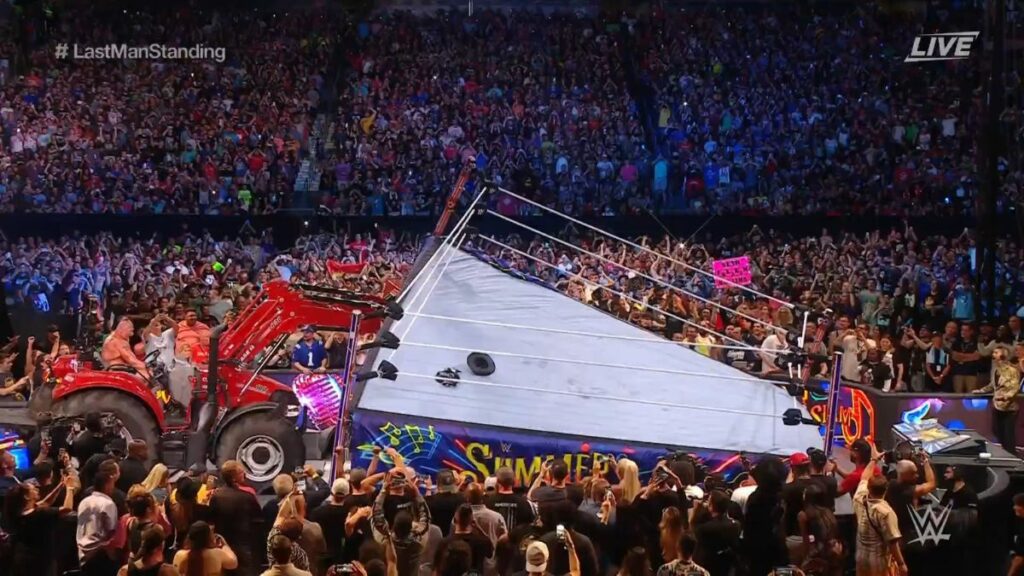 Stone Cold and Vince McMahon have had many incredible moments in WWE but driving zamboni onto the ring is one of the best. Vince McMahon had organised celebration party for presentation of Championship to Kane and Undertaker on 9/28/1998 episode of Raw but party did not go as per planned. Vince had guard all over the entrance to the arena but still nobody were able to stop the marching zamboni.

Rusev was defending his US title in WrestleMania 31 against John Cena. Lana made her entrance carrying US title with soldiers surrounding her, then came the man of the hour Rusev with a giant Tank and waving the flag. It might not be in the best entrance of all time but it would probably one of the best badass entrance of all time.

Alliance were celebrating a small party to appreciate Stone Cold but party did not go as per plan, thanks to Kurt Angle, who marched towards the ring with the milk truck. Kurt Angle started hitting Alliances with milk packet. Alliance were given a milk bath by Kurt Angle. Kurt Angle himself said in his podcast that milk truck moment was one of his favourite.

WWE advertised this match as, it could be the last time Brock and Roman Reigns facing each other, so they had to make the best out of this match, they sure did so. Brock Lesnar entered the arena with a tractor like a cowboy. Brock Lesnar not only made his entrance with tractor but also lifted the ring with tractor which was the most unexpected moment in WWE History. 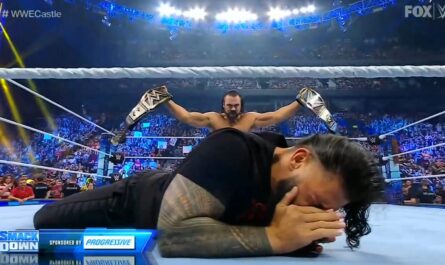