Sasha Banks is reportedly set to make appearance at NJPW Wrestle Kingdom 17, which is scheduled to held on 4th Jan 2023.

Sasha Banks and Naomi walked out during WWE RAW live taping in May, there were numerous reports about Sasha and WWE striking a deal, and Sasha returning to WWE anytime soon, but Dave Meltzer recently on Wrestling Observer Radio reported that Sasha Banks is done with WWE at least for now, Meltzer also noted that there are still possibility of Sasha returning to WWE.

She’s not going back to WWE, but you cannot always rule that out. Maybe they’ll just say ‘She’s more trouble than she’s worth. She’s asking for so much money.’ Which is, of course, the attitude a month ago of ‘Oh my god how can she ask for so much money?’ January 4th Tokyo Dome and other dates, and Mercedes Vernado or whatever name she will go with, but as of right now – she’s done with WWE. It can change at any moment, but that’s the situation right now.(H/T: RingSideNews)

Sasha Banks is rumoured to be the mystery tag team partner for Saraya to face Britt Baker and Jamie Hayter on AEW Dynamite which will be held in Las Vegas on Jan 11. If AEW were able to strike a deal with Sasha Banks, it would definitely boost their women’s division. 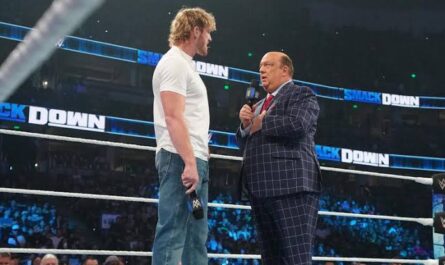