RK-Bro & Usos made their way to the ring, Paul Heyman was in the ring side. Jimmy Uso & Riddle started the match, RK-Bro took control at the beginning & tagging each other, Riddle hit his back on turnbuckle, referee made sure doctor had a look at Riddle before continuing the match.

Jimmy Uso & Jey Uso were attacking Riddle on his injury, They were attacking Riddle by tagging in & out. Jimmy hits a headbutt to Riddle, Uso made sure Riddle was far from Randy not allowing to tag. Riddle hit a knee to Jey & finally tagged Randy Orton, Randy Orton was in his zone hits a vintage Orton ddt to Jimmy Uso & followed by an RKO. Jey breaks the pin & Jey pulled Jimmy into the corner & tagged him, enters the ring hits a kick to Randy Orton, which made him move to the corner was Riddle was present, Riddle tagged in.

Riddle punched Jey, Riddle hits suplex to Jey Uso , Jey hits neck breaker to Riddle but that was not enough to pin Riddle, Riddle went on top for a splash, Jey pushed him, which made him fall from top of the ring, Jey goes to the top, Riddle also goes to the top & tried to hit a super RKO but Roman Reigns from behind pushed Riddle & Jey delivers a splash to Riddle, wins the title unification match.

After the match, Roman Reigns started attacking Matt Riddle with brutal punches, Jey & Jimmy hits a superkick to Randy Orton. Roman throws Riddle out of the ring, Usos were attacking Randy Orton & Roman Reigns was attacking Riddle, Usos attacked Randy Orton with steel stairs, Roman Reigns had Riddle in Guillotine Choke. Roman Reigns made faded Riddle to sleep on announced table, Jey Uso hits a splash from top of the ring to Riddle. Riddle & Randy Orton left unconscious at the end show. Bloodline family was standing tall but with two title on each of them. 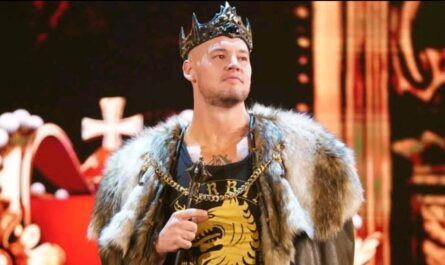