Roman Reigns vs Drew McIntyre match at Clash at the Castle was arguably one of the best match in 2022. Drew was very close in winning the match.

Roman Reigns is undefeated for more than 1000+ days and reigning Universal Champion for 700+ days. Roman Reigns fought many superstars in his reign but nobody was able to defeat him. Roman Reigns with the Bloodline behind him, is an untouchable force.

Dave Meltzer of Wrestling Observer notes that WWE wants Roman Reigns to be the longest reigning champion after Hulk.

Reigns is pushed as the company’s biggest marquee star, and they want him as champion for this match and a potential match with The Rock at WrestleMania. Of course he could lose it and win it back before, but clearly they are looking at a storyline of making him the longest reigning champion post Hulk Hogan. (H/T WrestleTalk)

Roman Reigns is scheduled to face Logan Paul at WWE Crown Jewel, which was a surprise for many fans, nobody thought Logan could be in a match against Roman after fighting two matches in WWE. Logan’s performance at SummerSlam was phenomenal. 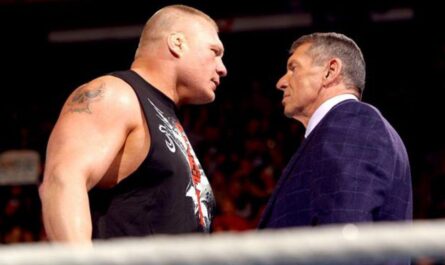